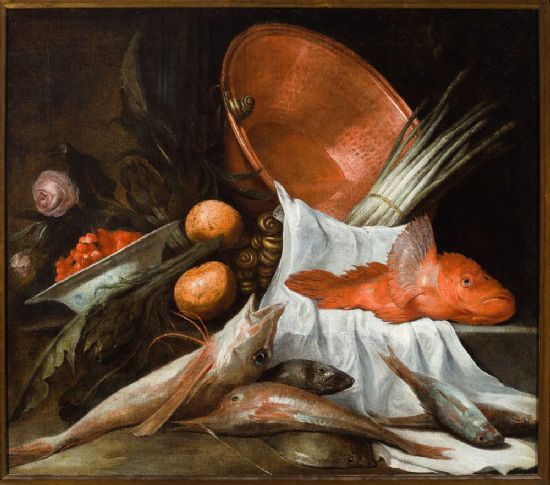 Cod: 254966
Still life with fish, vegetables, rose and copper basin
Author : Anton Maria Vassallo (GE 1617/18 – MI 1660)
Period: 17th century
Anton Maria Vassallo (Genoa 1617/18 - Milan 1660) was a successful painter and this splendid painting of ours is a practical example. In fact, "the most Flemish of the Genoese naturamortists" (Anton Maria Vassallo, A. Orlando, Sagep, 1999) used to replicate his paintings as a modus operandi. In fact, two other autograph versions with small variations published in his monograph are known of the same subject (fig. 62 and 63 page 46). Pupil of Vincent Malò (Cambrai 1602/1606-Rome 1644) "Fiammengo pictore" but ".. he soon became the master of the vague and graceful coloring of the Master, who had learned from the famous Rubens" so he described it
Powered by Anticoantico